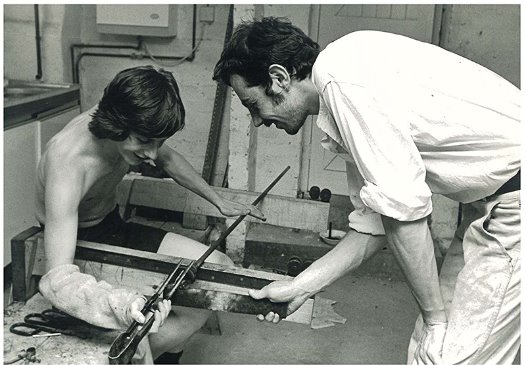 Andrew Sanders and David Wallace working together in 1978.

Andrew and David first met at North Staffordshire Polytechnic, Stoke on Trent in 1974. Having previously studied ceramics (Andrew at Rotherham College of Art and David at Hartlepool College of Art), they were studying for an honours degree in Multi Disciplinary Design. This course allowed them to explore a variety of media including textiles, photography, graphics, jewellery, glass and ceramics.

After experimenting in the glass department they soon found a common interest in working with hot glass and blown glass in particular. Under the guidance of James Roddis and David Reekie (Course Tutors) and Stan Gill (Master-glassmaker) they started to develop a close working relationship.

After graduating in 1977 and with the assistance of a Crafts Council grant they established their first workshop in Shropshire with three other graduates. Following several difficult years Andrew and David relocated to Otley, West Yorkshire. Their new workshop was part of a redundant warehouse in a Victorian woollen mill, which provided workspace for a variety of designer craftspeople.

During this period they not only supplied a growing number of craft shops and galleries, but also received commissions from the York Archaeological Trust and the B.B.C. to reproduce Viking, early English and Egyptian glassware.

After ten years in Otley they were forced to move again due to the redevelopment of the woollen mill. New premises were found at the King Street Studio Workshops in Pateley Bridge in 1992 where they continue to work.

Despite having worked together for such a long time, Andrew and David have managed to maintain their individual creative identities, finding personal inspiration in subjects as diverse as the landscape, architecture, the sea and even bubbles in the bath.

Andrew and David have endeavoured to perfect their glassmaking and design skills for over 30 years and this has culminated in a body of work which is both unique and distinctive.​ 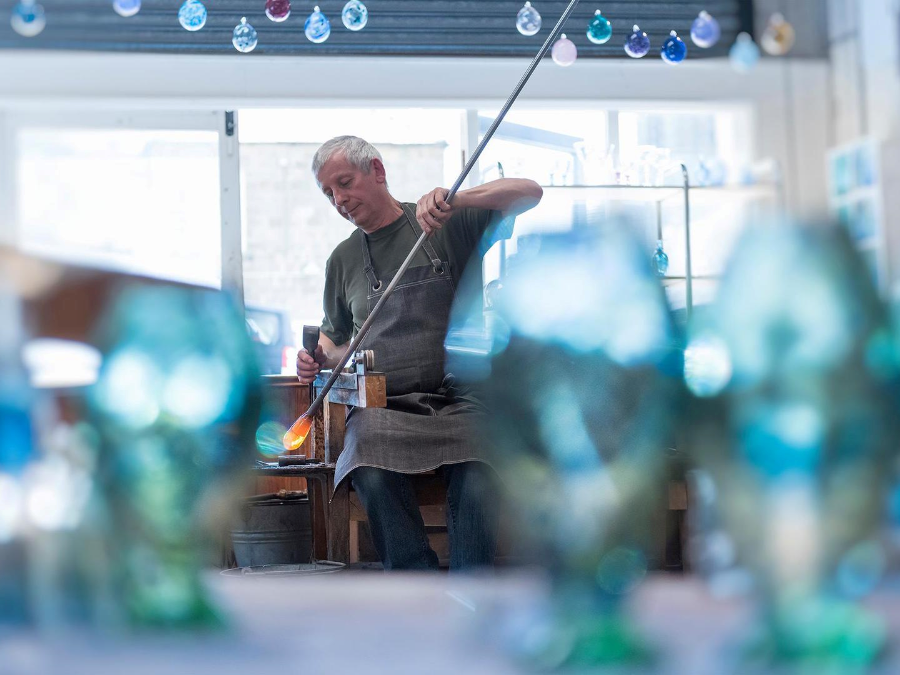 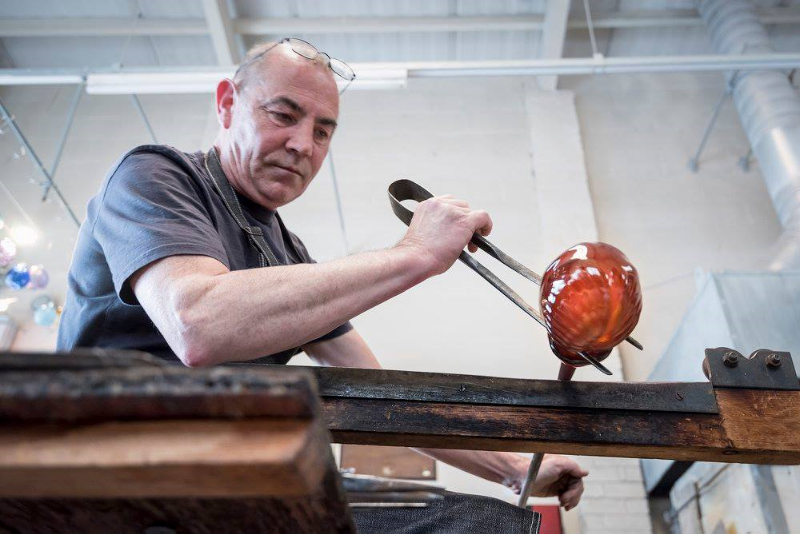 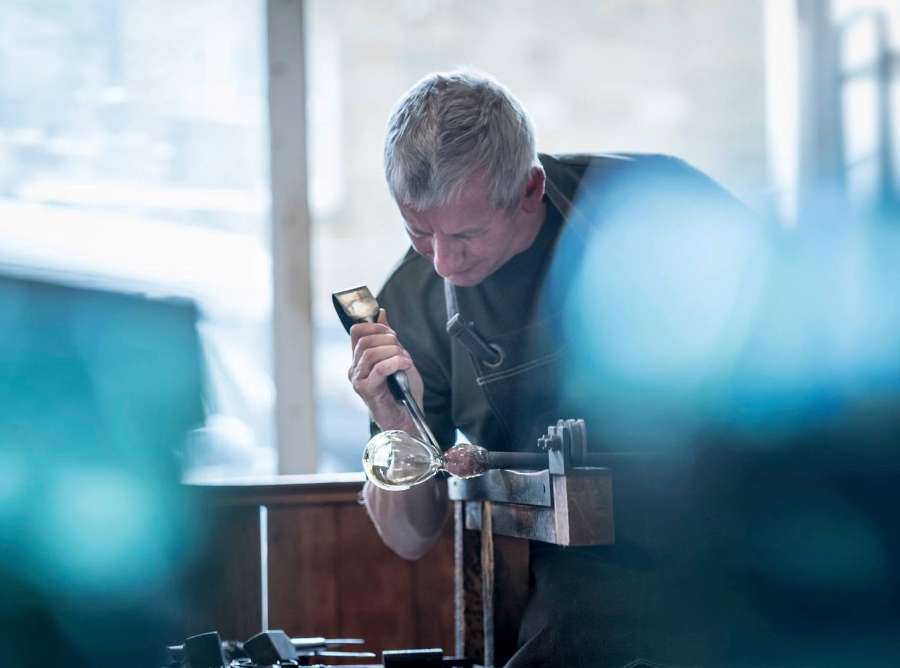 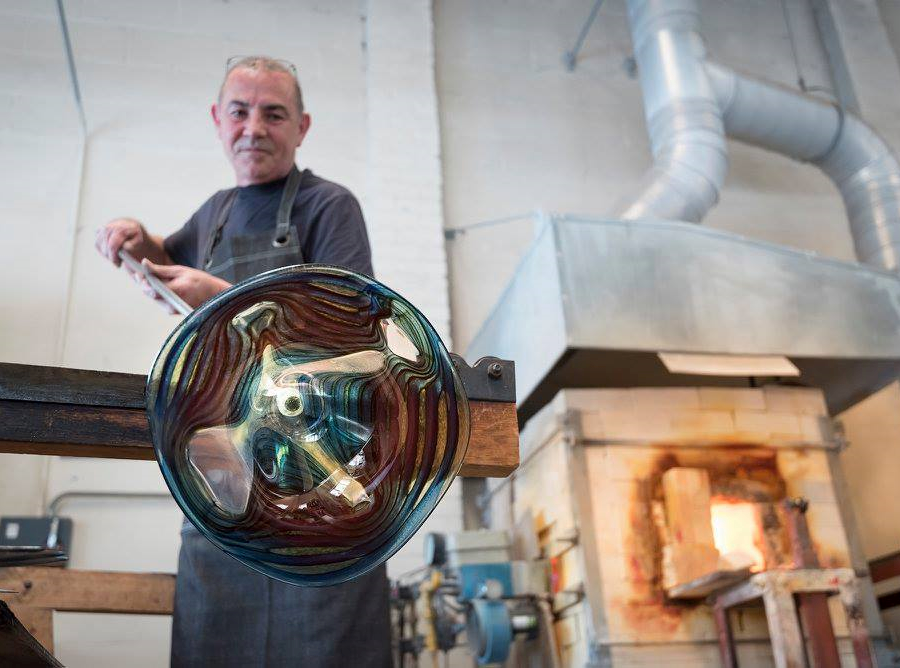 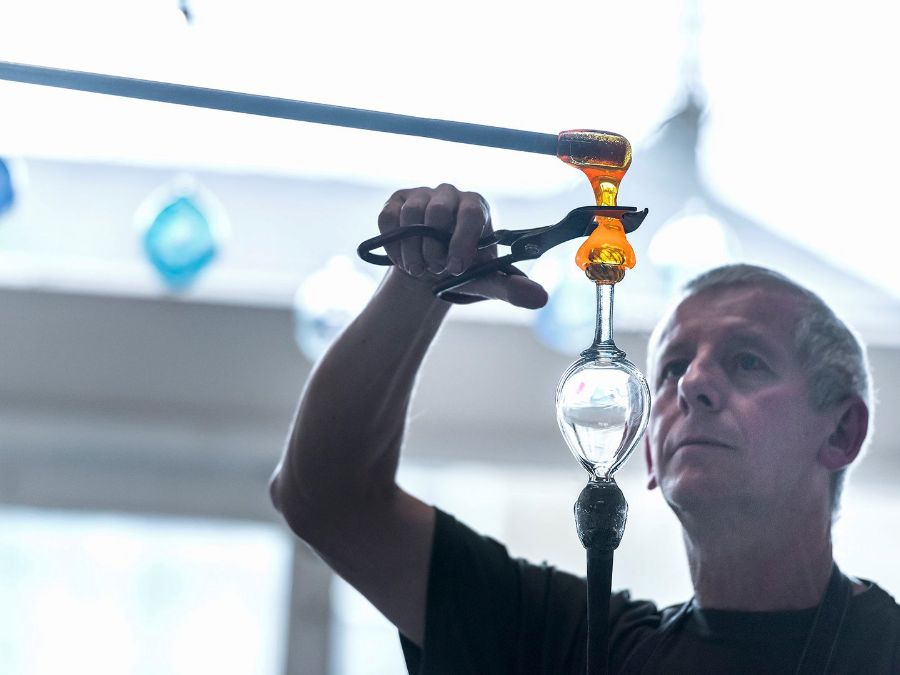 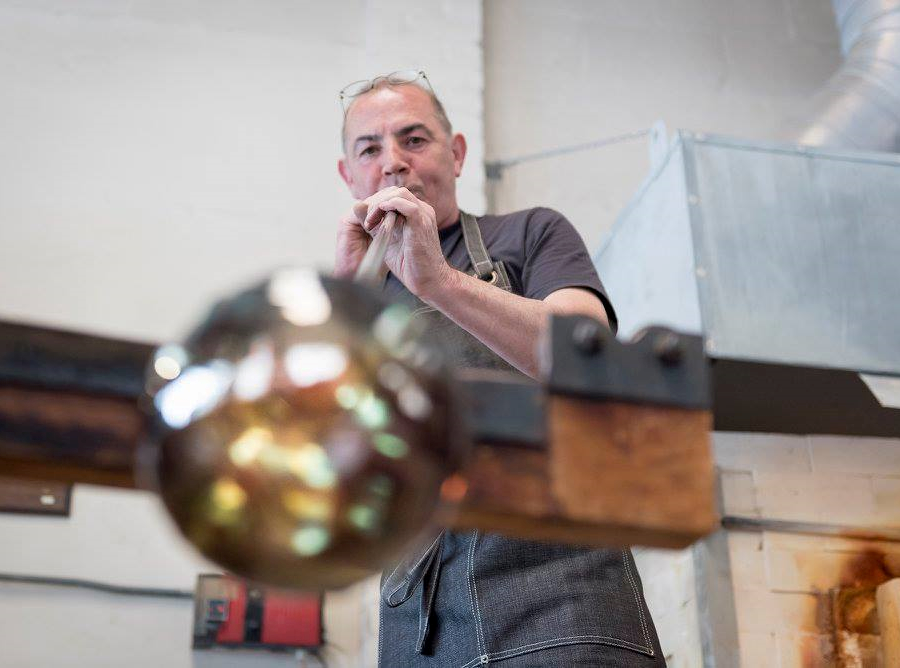